The vast majority of people with tinnitus have an identifiable cause. When you first experience ringing in the ears, there might be several reasons. We will outline the potential causes for tinnitus and list the factors that may put you at risk.

There are many causes of tinnitus. Tinnitus can present itself as a symptom of an underlying condition. So, any systemic disease may cause tinnitus. However, the leading causes include: otologic, neurologic, infectious, inflammatory, pharmacologic, joint-related, and idiopathic.

Many alternative forms of hearing loss can also cause tinnitus. Noise exposure can cause temporary changes in the ear’s outer hair cells, which can then increase the gain of the auditory system and result in tinnitus.

Apart from this, tumors in the ear, like acoustic neuroma, or other lesions in the auditory pathway or auditory nerve, can also cause tinnitus. The tinnitus progresses slowly and is not discernible at low levels.

The symptom of tinnitus accompanies various neurological conditions. This is commonly seen in head injuries or whiplash after an accident, and one, or both ears, may be affected.

After a head injury, the tinnitus tends to be much louder and is accompanied by increased pain in the ears. The observed tinnitus is also a severe form with dizziness.

This is due to damage to the auditory pathways. In other words, the sensory input to these pathways is altered and affects the way the brain processes sound.

Multiple sclerosis, migraines, and tumors of the cerebellopontine angle, also result in tinnitus. The damage to the brainstem is responsible for tinnitus and other hearing problems.

Many infectious diseases affect hearing. The first most common infectious cause for tinnitus is Otitis, and it is the damage to the tympanic membrane that is partly responsible for tinnitus. Studies have shown that middle ear surgery can relieve the ringing in the ears.

Meningitis and syphilis also develop tinnitus like Sequelae. Animal studies have demonstrated that neuroinflammation of the auditory cortex may play some role in tinnitus.

Another infectious cause of tinnitus is Lyme Disease. 75% of people with Lyme Disease develop some head and neck sequelae. This is not just seen in Lyme Disease but other tick-borne diseases as well.

Many drugs can be harmful to the ears. You may want to review your medication list with your healthcare provider, as certain medications are essential for your recovery and healthcare plan.

There are at least 743 drugs that may be harmful to the ears. Below are some common medications that are known to cause tinnitus symptoms.

If you are taking one of these medications, do not stop them. First, speak to your doctor about whether you should discontinue them. Remember, a hearing aid may not change this symptom until you stop the underlying medication.

Temporomandibular joint (TMJ) abnormalities may cause tinnitus, along with dental disorders. It has been found that people with tinnitus have higher TMJ complaints.

There have been plenty of studies demonstrating a relationship between the two, but the exact cause is unknown. However, various theories have been put forth.

Idiopathic Causes – No Cause Has Been Found

A large percentage of people will not be diagnosed with a particular cause for their tinnitus. This does not mean that there is no cause, just that the cause has not yet been found. So, it is termed “idiopathic,” which includes about 40% of people, which is a significant amount.

It can be frustrating at times when a doctor requires test after test, and it may feel like they do not know what is going on. However, as you have seen above, the list of causes for tinnitus is vast.

It will take time and considerable testing to find out the root of your tinnitus. It is helpful to remember that tinnitus can be treated to some extent, even if a cause is not found.

Some factors put you at risk for tinnitus. These include the following:

Aging is positively associated with tinnitus, and it is prevalent in the elderly population, and the older you are, the more tinnitus is observed. However, studies have not demonstrated a relationship between age and tinnitus. Since hearing loss is observed, this confounds the research to this association.

Studies on gender and tinnitus are mixed. Initial studies revealed an increased prevalence among women, and other studies showed male subjects with higher noise exposure developed higher rates of tinnitus. A few studies also reported that women had higher rates of tinnitus because of increased vulnerability to stress. Irrespective of gender, people with noise exposure and stress exposure appear to be more susceptible to tinnitus.

People who slept about 7-8 hours per day were less likely to have tinnitus.

Studies show that people who smoke are more likely to develop tinnitus. The chemicals in tobacco can cause oxidative stress to the inner ear, and some scientists suggest that nicotine may also affect the blood vessels in the ear.

High cholesterol affects the inner ear, and it is a cofactor of hearing loss. Treatment of hyperlipidemia does improve tinnitus.

Asthma is an associated risk factor for tinnitus, and this may be due to the presence of inflammatory mediators which can affect the blood vessels of the ear.

A history of recurrent ear infections is also a risk factor for tinnitus. People with an abnormal tympanic membrane tend to have higher rates of tinnitus. An ear infection itself can also worsen tinnitus.

Constant exposure to loud noises will damage your ear, especially the hair cells involved in the inhibition-amplification process of the ear. Whether you are working with a drill or heading to a venue with loud music, you can develop tinnitus if you are not protecting your ears with headphones. Loud noises can do damage to the inner ear.

Tinnitus is preventable to a certain extent. If you can avoid exposing yourself to certain elements and protect your ears, you may be able to prevent it from worsening. However, the causes of tinnitus receive very little attention. It would be best to educate yourself on hearing loss and other otologic dangers to limit the chances of developing tinnitus. 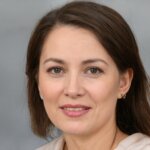