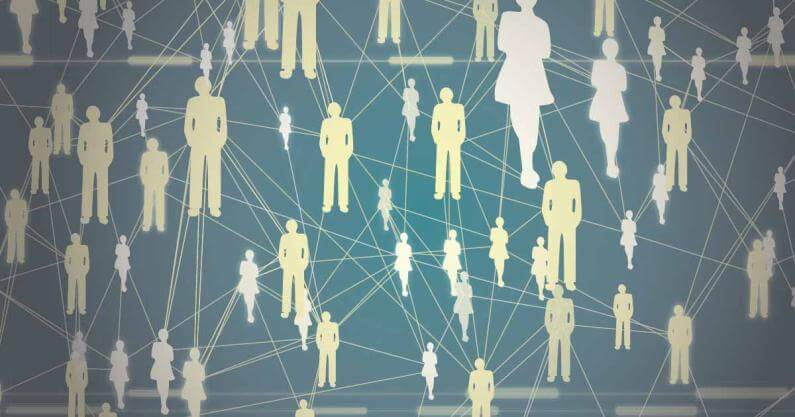 The beginning of 2020 marked the start  of the 22nd decennial census of the United States.

The first census was conducted in 1790 during the presidency of George Washington. At the time of the first census, the U.S. population was 3.9 million. Today, the population is approximately 330 million, a number that depicts America’s changes and expansion (Gauthier, 2020; U.S. Census Bureau, 2020).

U.S. census data is used to inform the allocation of federal and local resources. An accurate and complete counting of all of the individuals in the U.S. is of paramount importance to ensure these resources are appropriately distributed for the nation’s population.

Similar to the purpose of the U.S. census, it is crucial to record student population changes over time to provide adequate resources to serve students appropriately.

The Student Academy of Audiology (SAA) identified a gap in knowledge about the audiology student population. In February 2020, the SAA distributed the inaugural Audiology Student Census (the Census). The Census captured the current demographics, characteristics, and interests of this population. The results  should interest key stakeholders, including universities (undergraduate and graduate programs), accrediting organizations, professional organizations, and audiology patients.

To the authors’ knowledge, the SAA was the first to systematically report and publicly share the demographics, financial status, interests, and preferences of audiology students, as reported by those students. Health-care professions with similar clinical doctorate educational models have been collecting demographic, financial, and other detailed data on their graduate students for 10 or more years.

The SAA intends to formally share in the future all data collected from the Census. This article highlights the main findings regarding audiology student demographics and compares and contrasts the Census results with numbers available for professional audiologists and clinical doctoral students in optometry and dentistry.

The Census was distributed via SAA local chapter contacts and high-traffic audiology social media accounts. To obtain responses from as many audiology graduate programs as possible, targeted emails were sent to graduate programs that were not otherwise represented with general distribution efforts.

Students were incentivized to participate by the opportunity to enter a drawing for one of six $10 Amazon gift cards. SAA members and non-members at the undergraduate and graduate levels participated in the Census, which generated 418 responses from 83 universities. All demographic-related questions were obtained from an at-will response.

The SAA Census racial and ethnic demographic information was obtained using the same categories as the U.S. census.

The American Dental Association and the Association of Schools and Colleges of Optometry provided the most recent (i.e., 2018–19) demographic information available on their graduate students. Their data were obtained by directly soliciting information from the majority of accredited programs, not through a voluntary survey.

Additionally, data on the demographics of professional audiologists, collected by the U.S. Census Bureau (2018), in conjunction with the American Community Survey (ACS), was used. The ACS data is shared with the public using the Public Use Microdata Sample (PUMS), allowing individuals to create custom tables that might not be available through summary data provided by the ACS or the Census Bureau.

Due to differences in methodology on sex and race data collection among the four groups, the authors presented the closest  comparison when possible, for simplicity and ease of reading.

The demographic differences by sex are noteworthy (TABLE 1). Although optometry, like audiology, showed a stronger female representation, female optometry students made up 68.2 percent of the total number and male students accounted for 31.8 percent of the total. Dentistry showed a nearly equal representation of male (49.2 percent) and female (50.5 percent) students.

TABLE 2 provides information on demographics by race and ethnicity obtained from the SAA Census, available data for U.S. graduate students in optometry and dentistry, and U.S. census data on professional audiologists.

For audiology professionals, the demographics included 90.80 percent White, 3.59 percent Black or African American, and 3.10 percent Asian, according to the U.S. census data.

Although not a perfect comparison, it is estimated that 15 percent of the U.S. population ages 18 and above have some degree of hearing loss (NIDCD, 2016).

While the 2020 SAA Census did not capture responses from all audiology students, establishing a student census as a legacy initiative allows for growth to a 100 percent response rate in the future. With most doctoral programs based on a four-year academic model, the SAA Census may require a similar four-year cycle to accurately represent the student population over time.

The SAA Census serves as the start of a quantitative analysis of the nature of our profession’s student population. This data should be used to inform decisions about the future of the audiology profession by providing an understanding of the basic demographics of the incoming professionals.

Stephanie Tittle is the 2019–2020 president-elect of the Student Academy of Audiology. She is a fourth-year student at the University of Texas at Dallas and is completing her externship at Arkansas Children’s Hospital.

Stephanie Berry is the 2019–2020 Education Committee chair of the Student Academy of Audiology. She is a fourth-year student at the University of North Carolina at Chapel Hill and is completing her externship at St. Louis Children’s Hospital.

Jessica Lewis is the 2019–2020 secretary of the Student Academy of Audiology. She is a fourth-year AuD/PhD student at The Ohio State University. Jessica is currently applying for externships for the 2019–2020 cycle.

J. Riley DeBacker is the 2019–2020 president of the Student Academy of Audiology. He recently completed his audiology residency at the James A. Haley Veterans’ Hospital in Tampa, Florida, and will be returning to Ohio State University to finish his AuD/PhD.